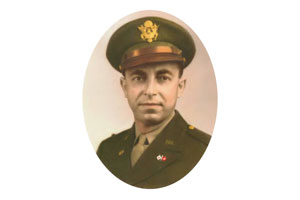 The purpose of this fund is to promote senior services in southwestern Ohio.

The John and Agnes Brockschmidt Fund

John and Agnes Brockschmidt met while living at Twin Towers, a retirement community in Cincinnati, Ohio. John moved into a patio home at Twin Towers with his sister, Stell, as neither of them had ever married. John was described by his friends as the perfect gentleman with an easygoing personality.

Shortly after his move to Twin Towers, he met Agnes, who was a widow that also resided in a patio home at Twin Towers. The pair became friends, eventually fell in love, and then got married.

John and Agnes were very happy with their new life at Twin Towers and befriended many of the residents there. They were always looking out for others and would frequently take their neighbors to doctors’ appointments and Agnes enjoyed singing in the choir.

John and Agnes planned and created this fund as a way to give back to the community that they so loved. John died on March 25, 1997 and Agnes died on September 22, 2004.

The purpose of this fund is to promote senior services in southwestern Ohio, which includes promoting the mission of the United Methodist related Twin Towers Retirement Community (and its other affiliated communities) in the region. The fund was also set up to promote the mission of other retirement communities in the Greater Cincinnati area, and other senior services organizations.

Grant Applications. The Foundation does not accept unsolicited grant applications. Grants made to organizations will generally be made only for specific projects and not for general operating funds.