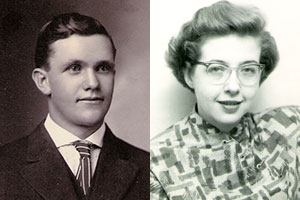 The Foundation makes distributions solely to fund scholarships at the University of Wisconsin, Madison, Wisconsin. 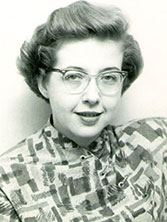 Mary Ellen was originally a native of Wisconsin. She served a two-year stint in Austria as a typist for U.S. Army Intelligence from 1953 to 1955. After leaving the Army, she moved to Fort Thomas, Kentucky and worked for the next 10 years in the Cincinnati, Ohio office of Lukens Steel Company. Over the next years, she was transferred to Houston, Pennsylvania and finished her career in Boston.

Upon retirement, Mary Ellen returned to Cincinnati, Ohio and dedicated her time to the Montgomery Women’s Club. She served on the Club’s executive board for 10 years and organized the Epitours, a social group within the Club that took field trips to interesting sites around the Greater Cincinnati area. As a final gift to the Club that meant so much to her, she established a scholarship fund in her name with the Montgomery Women’s Club, where it is still maintained.

Mary Ellen’s father, John Degrand Coryell, was also a native of Wisconsin, having been born in 1892 in Cadiz, Wisconsin. His parents were D. J. and Mary Ellen Saucerman Coryell, who were early settlers in the Dane and Green Counties of Wisconsin. John Degrand was one of 10 children and was originally married to Laura M. Roach. After being widowed, he remarried Josephine Huber Emmenegger. 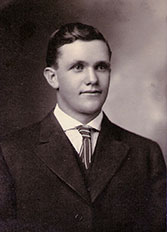 John Degrand worked many years as a farmer, and later took up the occupation of an auction sales clerk. The annual scholarship that Mary Ellen’s Foundation grants is intended to honor her father’s past by assisting other young individuals to pursue studies in agriculture. First priority is given to students from Green County, where John Degrand lived and served on the Green County School Committee for many years.

Grant Applications. The Foundation does not accept unsolicited grant applications.