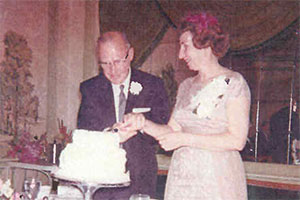 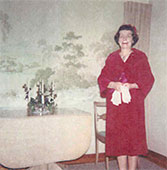 Sophie English was married twice; each marriage lasted for 25 years. Her second marriage to Walter English took place on November 26, 1964 at the North Hyde Park Methodist Church. Mrs. English was a long time member of the Westwood United Methodist Church. In 1995, she became a resident of Mercy Franciscan at West Park Nursing Home. Sophie was a very compassionate person and liked helping those who were in need. When she was at West Park, she would send cards or gifts for all occasions to staff, residents and people she knew over the years. She liked to compliment people and was known for stating, “God will take care of us”. While at West Park, Sophie shared her love of animals with the residents. Sophie English died on December 12, 2005.

In keeping with Sophie English’s desire to help others, the Walter and Sophie English Fund was established in 2006 to help charitable, religious, educational and scientific organizations further their work.