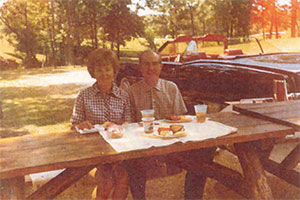 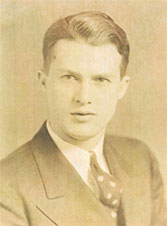 Edwin Light and Bernadine Light (nee Hinners) both attended the Twenty-Third District Elementary School, which was part of the Cincinnati Public School system, with Bernie being one year ahead of Edwin. Later, they each attended West Night High School where Bernie completed a two-year course in stenography. Bernie and Edwin married shortly after graduation on September 19, 1936. Edwin then took a training course in aviation engine testing, which he completed on December 12, 1941.

World War II was raging when Edwin reported for active duty in the U. S. Navy on June 17, 1943. The better part of his tour was spent in the Pacific. He served in the Navy until his honorable discharge on November 5, 1945 with a ranking of Electrician’s Mate Second Class.

Edwin Light’s father owned rides at Coney Island, one of which was the famous and popular bumper cars so Ed grew up with a fondness for amusement parks and things in amusement parks. It was only natural then that Ed and his family owned a concession business and sold food at the Cincinnati Zoo and some of the local parks.

Ed later owned an assortment of businesses including a pony keg and a mobile home park and accumulated a good deal of real estate during his life. He also worked in the brokerage business for a while. Ed loved collecting things and was an avid car collector. 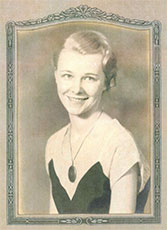 Bernie was employed by WLW television and was the receptionist for the Ruth Lyons Show. In such a position, she got to meet all the stars that would appear on the show, which was a popular daytime talk show during the 1950s and 1960s that had big show business names such as Bob Hope, Pearl Bailey, Arthur Godfrey, Peter Nero and many more, as guests. Bernie worked closely with Ruth Lyons and became her friend and confidante. She and Ed would often play cards or have dinner with Ruth and her husband Herman Newman. When Ruth and Herman had to go out of town, Bernie and Ed would baby-sit for their daughter, Candy Newman.

Ed and Bernie never had children and lived an unassuming lifestyle. They were both very pleasant, upstanding people that were well liked.

In the years following Edwin Light’s death in April 1993, Bernie gave much thought to her estate-planning and decided that she wanted to leave a legacy after her death to charities in the Greater Cincinnati area so the Bernadine and Edwin Light Charitable Fund of the Cambridge Charitable Foundation was set up in 2010 to keep their memory alive. Bernadine Light died on December 4, 2009. This fund makes annual grants to qualified 501(c)(3) charitable organizations in the Greater Cincinnati area that further the public good.