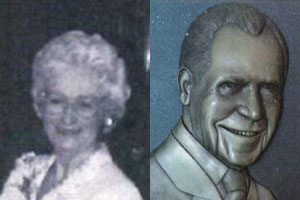 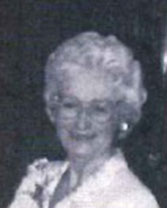 Victoria L. Memmel was born in Dayton, Ohio on September 25, 1921. She attended Steele High School in Dayton and then received a BS in Education from Miami University’s Class of 1943. While attending college, she taught dance, which was one of her passions. After graduation, she worked for the YWCA in Dayton and Cincinnati, where she introduced international Folk Dancing, Square Dancing, and Modern Dance to their program.

In 1955, Victoria received a master’s degree in counseling from the University of Cincinnati. Soon after, she was a guidance counselor for 25 years at Taft High School, Schwab Jr. High School, and Western Hills High School in the Cincinnati Public School System. 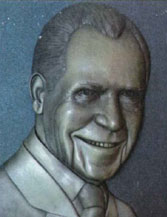 Rudolph L. Memmel was born on November 9, 1912 in Rochester, New York. He is a 1934 graduate of Normal College, which merged with Indiana University. He served in the U.S. Army during World War II. Rudie was the former Head of Physical Education for the Cincinnati Public School System from 1951 – 1975. He was a former President of the Indiana University School of Physical Education Alumni Association and National President of Phi Epsilon Kappa Fraternity. He also served on national committees for the Experienced Teacher Fellowship Program in Health and Physical Education and was a longtime supporter of Senior Olympics.

In the early 1950s, Vickie became involved in CISV, Children’s International Summer Village. She became the USA adult leader to Cincinnati’s Village held in Batavia in 1955. She chaired the chapter’s selection committee for approximately 20 years and served as the Cincinnati Chapter’s president during the 1960s.

Rudie was also involved in CISV. He and Vickie were dating and in 1963 the CISV delegates were scheduled to go to Europe. Rudie proposed to Vickie so they could honeymoon in Europe. Thus, their one month honeymoon was in the company of 40 CISV chaperones. They continued to volunteer together for CISV for many years and co-directed Cincinnati’s 1966 Village at St. Edmunds. They were active in establishing National Village Guidelines.

The Rudie Memmel Volunteer Award is given each year at the National Board Meeting of CISV. The award was named after its first recipient, Rudie Memmel. The award honors an exemplary volunteer from one USA chapter each year.

In 2007, Vickie was honored by Passport to Peace as a distinguished 50+ year member of CISV Cincinnati.

Rudie and Vickie remained active in retirement. They served as deacons of their church and traveled frequently with family and friends. Rudie and Vickie enjoyed many summers at Camp Brosius in Elkhart Lake, Wisconsin, which is affiliated with Indiana University.

Rudie and Vickie competed regularly in the National Senior Olympics. In 1993, Rudie won a National Horseshoe Championship just months before his death on December 27, 1993 at his residence in Western Hills. Vickie won several medals in Field and Track and in swimming, even into her 80s.

In 2000, Vickie was recognized by the Greater Cincinnati and Northern Kentucky Women’s Sports Association as Senior Sportswoman of the year.

Rudie and Vickie were involved with several volunteer organizations and charities throughout their lives. Vickie gave generously of her time to her church, a Retired Senior Volunteer Program, the Aronoff Center for the Arts and the Cincinnati Museum Center. Scholarships are established at each of their alma maters in their honor.

Vickie died on October 13, 2012 at Twin Towers Retirement Community where she was a resident in the last years of her life.