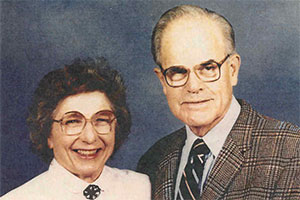 The purpose of the fund is to make distributions to qualified 501(c)(3) charities that operate in Greater Cincinnati.

Georgia Jean Franke was born on April 14, 1925. Her parents were George Franke and Clara Mittman Franke. She had two sisters, Alberta Franke, who did not marry, and Lillian Franke, who married Justin Compton. Jean attended Oakwood High School in Dayton, Ohio, and graduated in 1942. Jean then was off to Miami University where she graduated in 1946 with a Bachelor of Science in Business.

Jean was an active alumni and often traveled with fellow Miami University graduates on her many trips abroad, which included visits to China, Korea, Viet-Nam, Albania, Switzerland, Italy, Cuba, England, Panama, Costa Rica, Spain, Germany, France, Ireland, Ecuador, Australia, Mexico, Japan, Canada and other countries around the world in addition to numerous trips across the states and tours of national parks. 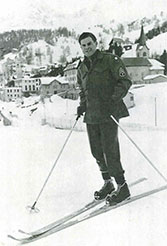 Jean married Willard Long Mulford on March 12, 1966 in Hamilton County, Ohio. Willard was the son of Virginia E. Warrick Mulford and John M. Mulford. John M. Mulford was the editor and former publisher of the Western Star in Lebanon, Ohio. Willard was born in 1913 and had one brother, Dr. John W. Mulford. The first eight years of his life, Willard lived in Lebanon, Ohio. In 1921, his family moved to Dayton, Ohio and a couple of years later Willard’s family moved to Cincinnati. Willard Mulford joined the Naval Reserve in 1940 and served as an Ensign. Willard was a Procter & Gamble employee. The couple did not have any children.

Jean and Willard enjoyed the arts and were long time subscribers to the symphony. In fact, when Will died, Jean set up a Gift of Music Fund at the Cincinnati Symphony Orchestra in Will’s memory. Jean was also interested in and a member of The Nature Conservancy and the Cincinnati Zoo and Botanical Garden. Jean gave to a number of charitable organizations such as the Children’s Hospital of Cincinnati, Cancer Family Care, Fine Arts Fund, the East End Adult Education Center, Cincinnati Art Museum, WGUC, the Hyde Park Center, the Freestore/Foodbank, Ohio Special Olympics, the Dayton Art Institute and many other organizations that were dear to her heart.

Jean was an avid crossword puzzle solver and was always cutting puzzles out of newspapers.

Jean and Will were also interested in family genealogy and kept pictures and papers on their family history.

Jean and Will were long-time members and supporters of the Knox Presbyterian Church and served in many capacities as well as giving generously to their capital campaign.

Due to the Mulfords love of the arts, nature, education, and other special charitable causes, the Willard and Jean Mulford Charitable Fund of the Cambridge Charitable Foundation was established in 2009. The purpose of the fund is to make distributions to qualified
501(c)(3) charities that operate in the Greater Cincinnati area (except for mission related work) with consideration given to certain named charities or causes.