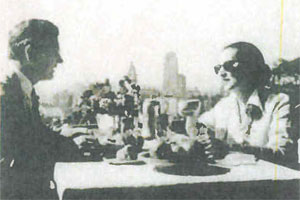 This fund was established in 2013 to benefit musicians and other related music projects. 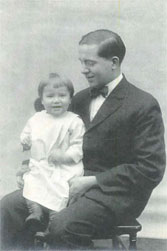 Frances Jones Poetker was born on April 14, 1913 and grew up in Walnut Hills. She later earned a degree in botany from Vassar College. Upon her return to Cincinnati, she attended the University of Cincinnati and received her master’s degree in plant ecology. Frances married her high school sweetheart, Joseph Poetker, who studied architecture and co-designed their house on Celestial Street in Mt. Adams with noted architect John Becker. Of note is the fact that in 1956, the Poetker’s house was the first new residence built on Mt. Adams in over 40 years. This beautifully designed home, built on the foundation of the historic Highland House, with spectacular views of downtown Cincinnati, was featured in The Cincinnati Pictorial Enquirer on May 25, 1952 and was the venue for many exciting parties over the years.

Mrs. Poetker’s family owned Jones the Florist. Her distinguished family had been operating floral shops in Ohio and Kentucky for over 100 years. Mrs. Poetker traced her lineage and discovered that her forebears, originally named Jonaz, began their floral dynasty in the early 1500s when they provided flowers to the courts of Holland. Frances and her husband, Joseph, were the third generation to take over the family floral operation in the Greater Cincinnati area.

Frances was a remarkable woman, who was known as “First Lady of Flowers” in the floral industry, both locally and internationally. She received numerous awards and recognitions over her lifetime for her achievements as a botanist and horticulturist. She wrote a book titled Receiving God’s Gifts: Flowers, Herbs, Grasses, Trees and Water, she co-authored a prize winning ecological book, Wild Wealth, had a syndicated column “Fun with Flowers”, and presented a nationally syndicated TV course on plant ecology. She also received an Olympic medal as co-chair of floral decorations at the 1980 Lake Placid Olympics and was named to the Floriculture Hall of Fame in 1967, which is the industry’s highest honor. In addition, there are two gold cases holding Mrs. Poetker’s posey-holder collection in a permanent position in the Smithsonian.

Mrs. Poetker was named a Cincinnati Enquirer Woman of the Year, received the 1992 Chamber of Commerce Award of Great Living Cincinnatian, and was bestowed the 1990 Greater Cincinnati Beautification Award.

In Europe, she staged flower shows at leading museums, while continually studying trends in floral design and display and flower marketing methods in all the Western European countries, the British Isles, and many countries in North and South America.

Mrs. Poetker was also in constant demand as an exhibitor, writer, teacher and lecturer on flower arranging and the care and use of ornamental houseplants.

Although Joseph and Frances never had children, their lives were full, and they made each other very happy. The Poetkers sold the family florist business in 1985 due to Joseph’s failing health. Frances Jones Poetker died on March 4, 2008 and was preceded in death by her husband.

This fund was established in 2013 to benefit musicians and other related music projects as Mrs. Poetker was a longtime supporter of the arts and had a special place in her heart for music. This interest stemmed from her father, Charles Bee Jones, who besides being a florist, was a well-known musician, who could play all the brass and reed instruments, the piano, organ and the musical saw.